Treasures of the Forest 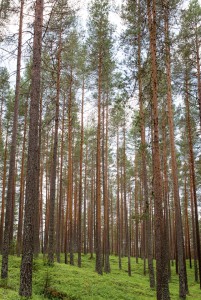 The student competition Koja/Koya is part of the event Treasures of the Forest about the forest as a resource, organised in Tokyo, Japan in March 2016.

In collaboration between Sveriges Arkitekter (Swedish Association of Architects – SAA) and Japan Institute of Architects (JIA) architecture students from both countries have been invited to participate in an idea contest about what happens when one of the treasures of the forest inhabits the city.

The task was to present a concept for a fully wooden Koja/Koya, in order to address the question: How can a manmade commonplace – a Koja/Koya – show the potential of the treasures of the forest?

The main idea is to explain how a Koja/Koya can contribute to the city and what happens when the Koja/Koya is placed in an urban context.

The Koja/Koya should only be constructed of wood. The students were asked to describe how the Koja/Koya relate to the surrounding and how it is supposed to be used and by whom. They should also, in their proposal, explain the construction of the Koja/Koya and how it affects its setting and context.

The criteria were broad – from the “Quality of architectural design” to “Principle of sustainability” – but the main point accentuated by both associations is the open question “how can the treasures of the forest become a new typology in an urban context within the dense city centre?”.

The jury in Stockholm, Sweden has decided to give the first prize to:
the proposal ”The Proliferating hut – a Dynamic Reminder of Life”, by the students Ittidej Lirapirom and Luca Marulli, full-time students at University of Tokyo, M1, Obuchi Lab.

The jury in Tokyo, Japan has decided to give the first prize to:
“A roof”
Arvid Carltröm and Axel Jogefalk, KTH, Stockholm

The Jury in Tokyo and the Jury in Sweden also decided to give 4 special mentions, for well developed projects with considerate detail and imaginative concepts:

”Izakoya”, by Petter Holm, Exchange student from KTH, at the Tokyo Institute of Technology.
“A light memory” by Agnes Gidenstam, Chalmers
“Back to the roots” by Malin Bjärkstedt och Lisa Malers, UMA – Umeå
“The Anthill / please build freely” by Daniel Karlsson and Erik Widell, Chalmers.

Treasures of the Forest